ROCCAT's hottest new weapon / reloaded With a 6000dpi Pro-Aim Laser Sensor and its integrated Tracking & Distance Control Unit (TDCU), the further development of the prize-winning ROCCAT Kone Gaming Mouse has unbelievably more power under the hood. Its maximum precision and ultimate tracking are beyond comparison. The massive upgrade made to the driver and the introduction of the Easy-Shift[+] button has also turned the Kone[+] into a real customisable marvel at the same time. No other mouse offers as many configuration options as the ROCCAT Kone[+]. Maximum performance The revolutionary 6000dpi Pro-Aim Laser Sensor, in conjunction with its 10.5 megapixel resolution and 1000Hz polling rate, offers maximum precision, even transmitting lightning fast mouse movements with up to 30Gs of acceleration and with speeds of up to 200ips (5.08m/s) without loss or lag. Thanks to the Tracking & Distance Control Unit, which is now integrated in the laser sensor, the ROCCAT Kone[+] can also calculate the lift-off distance as well as fine-tune the sensor to suit the mousepad. The result: optimal tracking. Ergonomic hybrid shell The highly praised hybrid shell for right-handers, including the Soft-Touch Surface, have been retained, but really useful core improvements have been made that further increase the comfort of Kone's successor. The mouse wheel is completely new: distinctive notch positions are perfect for gaming, and the wider design makes it easier to control. The button above the mouse wheel has been made larger and you'll now find a nicely-sized toggle switch below the mouse wheel. The result: maximum gaming comfort. 22 mouse functions Thanks to the Easy-Shift[+] button, all the buttons – including the mouse wheel – can be assigned two functions such as macros or other functions. As a result, you now have 22 functions available at any one time instead of the usual 12. 4 LED multicolour light system. 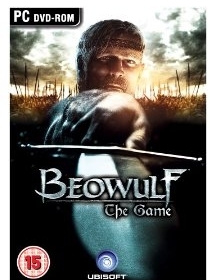